SPWLA Distinguished Speaker Series. The reservoir scale deep-directional electromagnetic (EM) logging-while-drilling technology is now routinely being used to map boundaries and fluid contacts for strategic geosteering, reservoir navigation, and more recently, for reservoir characterization. Real-time data interpretation is based on continuous inversion of a local 1D layered resistivity profile. Traditional inversion approaches ignore the lateral changes of the reservoir, which are contained in the measurements, only a longitudinal 2D representation of the 3D reservoir structure around the well is provided. This limits the ability to make real-time geosteering decisions with respect to lateral reservoir heterogeneities, such as faults to the side of a horizontal well.

In this paper, we present a new inversion that can provide deep 2D azimuthal resistivity images in a plane transverse to the wellbore; thus, the new inversion is able to map lateral reservoir heterogeneities. The minimally biased algorithm uses a nonuniform 2D pixel discretization of the imaging plane, initially perpendicular to the near-horizontal well. This algorithm takes advantage of the full 3D sensitivities of deep-directional resistivity measurements to map the 2D resistivity distribution. A fast EM simulator is used to reconstruct the tool response in complex 2D anisotropic formations for arbitrary tool orientation. Adaptive regularization enforces consistency and avoids data overfitting. Continuous azimuthal 2D imaging along the well path generates a 3D map of the reservoir in the proximity of the wellbore.

The inversion is initially validated using several synthetic scenarios with various complexities. Subsequently, the algorithm is applied to multiple field datasets, all of which resulted in the first 3D reservoir maps derived from deep-directional resistivity measurements. Examples include consistent imaging of faults parallel to the wellbore, and imaging when the tool is approaching, crossing, and moving away from the faults. We also present the azimuthal imaging of complex erosional surfaces over long well sections, which can be used to construct a 3D model of the surface.

The new workflow is the first application of a 2D inversion for full reservoir-scale azimuthal imaging using deep-directional resistivity measurements, with no assumption about the scenarios. This workflow can be used to populate 3D models of a subsurface formation. If applied in real time while drilling, the workflow has the potential to significantly reduce drilling hazards because it enables true 3D steering toward or away from lateral targets. 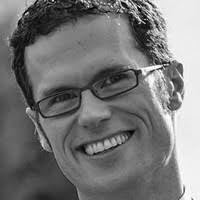