Bakken of the Williston Basin 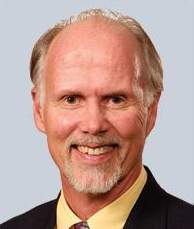 Steve Sonnenberg, PhD, AAPG
Stephen A., Sonnenberg is a Professor and holds the Charles Boettcher Distinguished Chair in Petroleum Geology at the Colorado School of Mines. He specializes in unconventional reservoirs, sequence stratigraphy, tectonic influence on sedimentation, and petroleum geology. A native of Billings, Montana, Sonnenberg received BS and MS degrees in geology from Texas A&M University and a Ph.D. degree in geology from the Colorado School of Mines. He has over twenty-five years experience in the industry. Steve has served as President of several organizations including the American Association of Petroleum Geologists, Rocky Mountain Association of Geologists, and Colorado Scientific Society. He also served on the Colorado Oil and Gas Conservation Commission from 1997-2003 and was the Chair of the Commission from 1999-2003. He is the recipient of the Young Alumnus Award, Outstanding Alumnus Award, and Mines Medal from the Colorado School of Mines, Distinguished Achievement Medal from Texas A&M University, distinguished service awards from AAPG and RMAG, and honorary membership awards from AAPG, RMAG and the Colorado Scientific Society.