The chloride concentration information water is critical knowledge for petrophysics, and yet it is a perennial source of uncertainty. Many water saturation calculations depend on knowing the water salinity or chloride concentration. Chlorides have a strong effect on water properties, and they impact saturation estimates that are based on resistivity, dielectric dispersion, or thermal neutron absorption. In this work, we introduce a new, direct, quantitative measurement of formation chlorine from nuclear spectroscopy, which enables continuous logs of apparent water salinity or water volume within a limited radial depth.

The first part of the talk focuses on how we isolate the signal of chlorine from the formation. Neutron-capture spectroscopy is sensitive to chlorine and is a natural fit for measuring its concentration, except that the spectrum contains chlorine from both the formation and borehole. The borehole background can be large and is highly variable. We resolve the borehole and formation chlorine using two unique spectral standards. The contrast between the two standards arises from differences in gamma ray scattering based on the point of origin. The shape of the borehole chlorine standard is adjusted continuously along depth to account for environmentally dependent scattering. The new technique provides a generalized correction for borehole chlorine, which is advantageous in comparison with historical methods that have relied on empirical chlorine offsets or gross ratios of chlorine and hydrogen. We illustrate the new technique with modeling, laboratory data, and core-log comparisons. 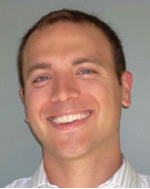 Jeffrey Miles is a Principal Research Scientist at Schlumberger-Doll Research Center in Cambridge, MA, USA. He received a PhD in physics from the Massachusetts Institute of Technology in 2007. His interests include the modeling and interpretation of all aspects of nuclear physics in the oil field, with emphasis on neutron-induced gamma ray spectroscopy, algorithms for fast modeling and inversion, and augmenting physics with machine learning. He is a co-author on 20+ publications and holds 11 granted patents. Jeff is an officer of the Boston SPWLA chapter and serves as a Distinguished Speaker for the 2020-21 series.