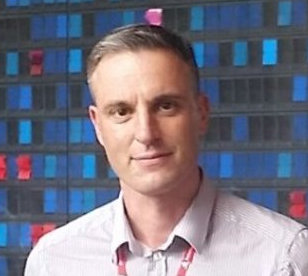 Jef Caers received both an MSc (’93) in mining engineering / geophysics and a PhD (’97) in engineering from the Katholieke Universiteit Leuven, Belgium. Currently, he is Professor of Geological Sciences (since 2015) and previously Professor of Energy Resources Engineering at Stanford University, California, USA. He is also director of the Stanford Center for Reservoir Forecasting, an industrial affiliates program in reservoir modeling and geostatistics with ~20 partners from the Energy Industry. Dr. Caers’ research interests are in the area of geostatistics, spatial modeling and modeling uncertainty applied to various areas in the Earth Sciences. He was awarded the Vistelius award by the IAMG in 2001, is Editor-in-Chief of Computers and Geosciences and served as chairman for the IAMG 2009 conference. Dr. Caers has received several best paper awards and written three books entitled "Petroleum Geostatistics” (SPE) “Modeling Uncertainty in the Earth Sciences” (Wiley-Blackwell) and "Multiple-point Geostatistics: stochastic modeling with training images" is published with Wiley-Blackwell in 2014. Dr. Caers was awarded the 2014 Krumbein Medal of the IAMG for career achievement.